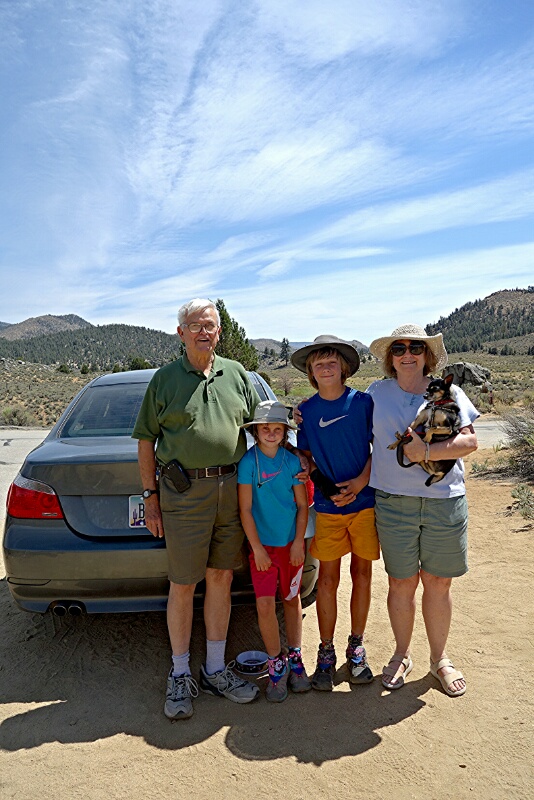 The plan was to get back to Kennedy Meadows and start hiking sometime midmorning. We put the packs on and headed up the trail at 2:45. . . .not quite midmorning. So what delayed us? Sitting around the hospital. As most of you know, Will broke his wrist back in February. A cast was put on it. On April 10th we had it re-x-rayed and unfortunately it was still broken. We told Dr. Park about leaving April 12th for a five month back pack trip. She agreed with us that a cast would not be a good idea on the trail thus a brace was to be worn by Will until we can get it x-rayed again somewhere along the trail. We needed the x-ray to find out if Will’s arm has healed yet. So thanks to grandpa Bob and Melody who insisted it was time to get an x-ray, we got the job done in Ridgecrest. It ended up being as complicated as we expected it to be (the reason why we have not taken care of it yet). It will take too long to list all the hurdles that had we had to go over to accomplish the task. We had to wait till Monday since the urgent care was closed on the weekend. Actually the hospital ended up taking the x-ray because urgent care would not do it. Wills doctor, in San Diego, will look at the x-ray if we can get them to her.  We were sent from one department after another. Three and half hours later, the x-rays were taken. It took five minutes to take the images. Nonetheless, the job is done! The results will not be known till tomorrow however we will not know the results till our next town day.
Since it was 11:30 when we’re done with Will’s wrist, we went back to the hotel and loaded all of our gear into the car and headed out to Subway Sandwiches for one last meal in town before going back up to Kennedy Meadows. Ridgecrest temperature was 100° and in Kennedy Meadows it was 74°, perfect hiking temperature. We stopped by the Kennedy Meadow store to drop off some extra food into the hiker box and then headed to the trail. We said our goodbyes. Dad and Melody helped us a lot with this for drop and we are very grateful. They provided a hotel for two nights. They fattened us up as much as possible with restaurants, made sure Will and Little Crow had all the ice cream they could eat, they were our taxi service to whatever stores we needed, and provided Little Crow with a special birthday party. Our good byes were a little teary eyed, especially for Little Crow. The hardest goodbye for Little Crow was to her new friend Pepper.
The trail was very easy across Kennedy Meadows, it was a very shallow up with a sandy path. We worked our way to the campground and stopped for water, then we headed up a valley. We stopped early in a the middle of a burned area, where the fire had missed a group of trees. We are considering this day a nero, because of the late start. 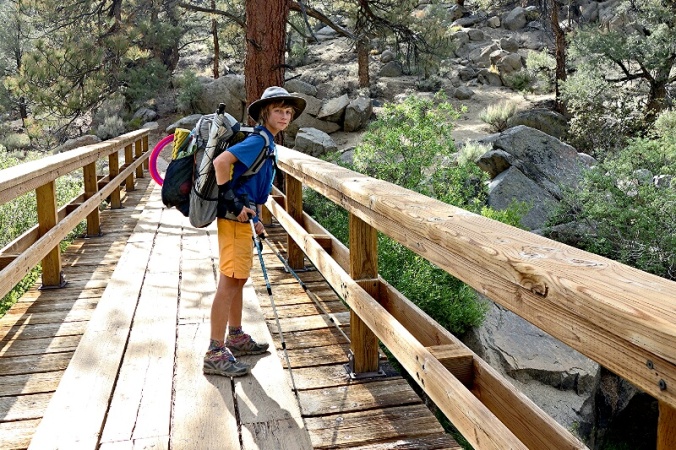