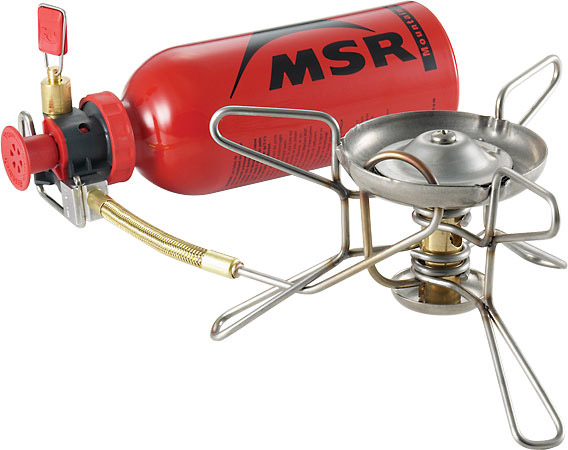 Over the years we have used many different types of stoves.  First, there was the monster Peak 1 white gas stove.  This one really puts out the BTU’s, but it was very heavy; almost 1.5 lbs.  Next, we got an MSR Whisperlite.  We used this stove for years.  In fact, it was the stove we used when we hiked the PCT in ’96.  It was not one of the shakers (International).  We had to clean the nozzle with a very small piece of metal which we broke part way through the trip.  The year after the PCT, we got the MSR Whisperlite International just so we would not have this problem in the future.

Our next stove was a homemade beer can alcohol stove which burned denatured alcohol.  This was the lightest stove we had carried.  However, it did take a little getting use to.  These stoves do not output a lot of BTU’s, so it would take 3 minutes to heat 2 cups of water.  To speed this up, the windscreen wrapped very close around the pot, helping to funnel the heat up.  Once lit, there was almost no way to put it out, short of smothering them.  There is no control on its output, therefore it burned until the fuel was gone.  Given that, it was a very easy stove to use and very lite at .6 oz.  The whole stove assembly including stand, and windscreen totaled 2.8 oz.  We carried a fuel bottle which held 11 Fl oz of alcohol; fuel and bottle weights 20 oz, including fuel.  A full fuel bottle would last for 8 dinners.  This is the setup we used for over 10 years.

As our family grew, we needed a bigger stove to handle the larger size dinners we were consuming.  I made a larger beer can stove out of Foster cans.  This stove weighed in at .75 oz.  I also remade our windscreen and pot stand out of titanium and brass. This new stove setup totaled 3.55 oz. 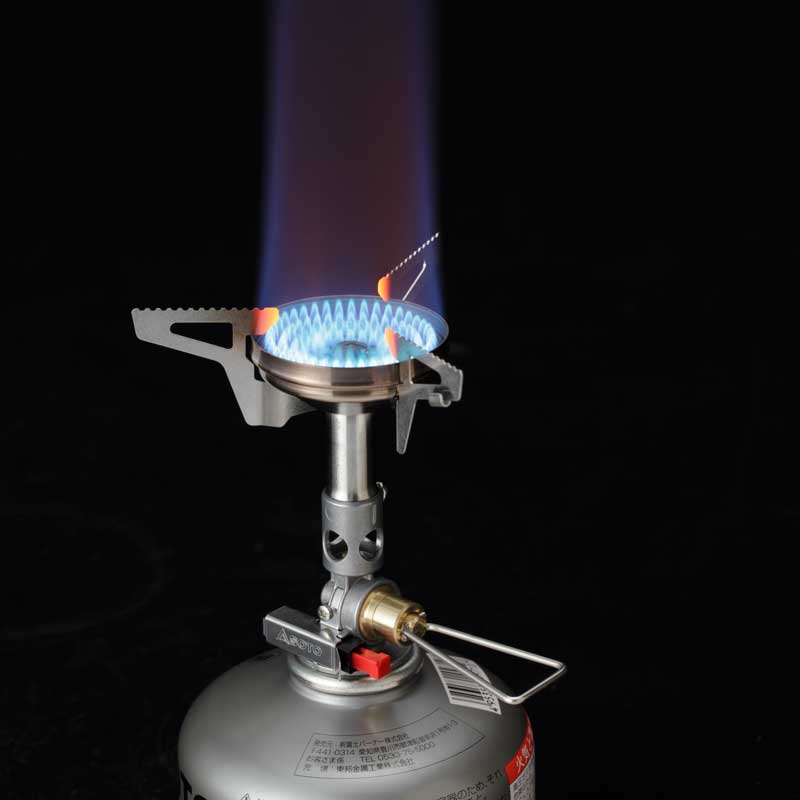 In the last few years, parts of California and Oregon have put fire bans in place to help prevent forest fires.  The fire ban, says that hikers cannot use stoves which do not have an off valve, thus we could not use our alcohol stove.  As an experiment, we carried a Soto Wind Master Regulator w/pot support and canisters on the John Muir Trail and then a year later on the PCT.  This is the first canister stove we have used.  I was surprised how well this stove worked.  It heated much faster than my alcohol stoves, which was no surprise, and it could simmer.  The stove portion is a little heavy at 2.3 oz, but I could do away with the pot stand and windscreen.  It ends up lighter than the alcohol stove with all of its hardware.  The fuel is a combination butane and propane and comes in a pre-sealed container.  A canister with 8 oz of fuel weights a total of 13.5 oz.  This also is lighter than a bottle of denatured alcohol.  The other surprise I had, was how little fuel each dinner used.  This stove heats the water very quickly and now I can turn it down to simmer as needed.  All and all, a single 8 oz canister lasted 18 dinners.  This is almost twice as long as the alcohol stove.  That means that the weight of the two different stoves is about the same, but the saving on fuel weight will add up the longer the hike.  Over any distance a light canister stove is the best choice.