Over the years we have hiked through miles and miles of snow.  On the PCT in 1996, the snow level was at 9500′ and we hiked from Mt Whitney to Tuolumne Meadows in 11 days.  The spring snow in the Sierras becomes packed and hard with miles of sun bowls.  For the most part we never carried more gear than ice axes.  The CDT was a different beast.  We were faced with many more miles of snow than the PCT and was much more of it.  We hike for about 20 days through the snow.  Knowing we were facing harder conditions we chose to carry more snow gear, namely ice axes, water proofsocks, snowshoes, and micro spikes. 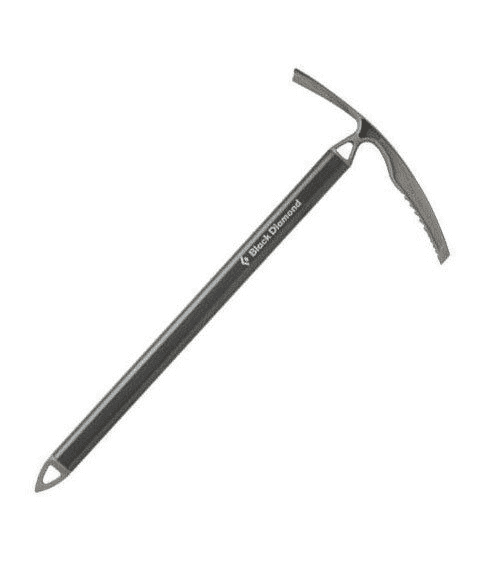 On the CDT we carried three ice axes.  Whisper was the only one to not have one.  We could not find one the correct size for her.  On a side note: Whisper did find an ice ax while we were working our way down a hill in the San Juans.  She ended up carrying it to the next town.  Once there, we found who had lost it and returned it.  The ice axes we have are a mishmash of brands and sizes.  I was a bit torn on carrying them because Mama Raven and Bling did not know how to use them for a self-arrest.  We never needed them for that purpose but they did come in handy as a tent stake. 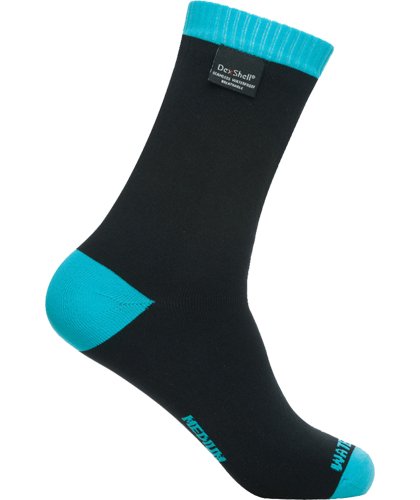 Water proof socks are an item we have never used and we have been curious about.  After researching them we chose to purchase DexShell Lite Coolvent Socks.  These socks are one of the best pieces of equipment we own.  We carried them from Chama NM to Salida CO and then again from Helena MT to the Canadian border.  They turned soggy wet conditions into something pleasant to hike through.  If we needed to wear them all day our feet would be a bit damp from condensation, not from the socks leaking.

The socks were a bit difficult to dry.  We could only dry one side during the night, so most of the time we turned them inside out.  Up near Beanchmark MT they froze overnight.  In the morning, I spent some time thawing them over the flame from our stove.  The last thing we wanted to do was to put on icy socks.  In towns, we hand washed them, then set them out to dry.

After days of use they did start to smell, but having dry feet was worth it.  This is an item we wish we had when hiking in constant rains of Washington.  In the future, we will carry these when we hike in areas where there could be a lot of rain or snow (think AT).  Having dry feet at the end of the day is a wonderful thing. 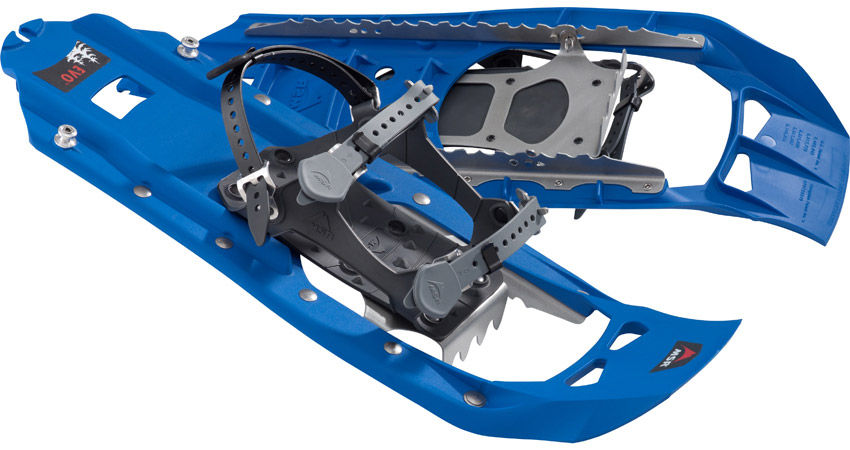 Given our knowledge of the snow in Southern Colorado we would need snowshoes on the CDT.  Every text we read talked about soft, fluffy snow that hikers would post hole through.  Thus we researched and purchased snowshoes for all of us.  Mama Raven, Bling , and I got the MSR Evo 22.  This 22″ snowshoe was large enough for all of us and that is without the extension.  We purchased Whisper the junior version of the same shoe.  They were the lightest and least expensive option out there.  In the past, we have never needed snowshoes, so I was buying an item that might never be used again and I did not want to send $200 a pair.

We did use the snowshoes on the CDT and they worked great.  When the snow fields were big enough and not too steep we would dawn our snowshoes and just walk over all the snow bowls.  The only problems that there was very few places that needed snowshoes.  For the most part, the spring snow had compacted and was no longer fluffy.  We would hike from clear area to clear area and try to avoid large snow fields.  Also, since we were in and out of valleys we did a lot of climbing.  The teeth on our snowshoes did work on climbs, but only to a point.  When the hill became too steep it became harder and harder to walk.  This meant that there were not many times when the snowshoes were needed or useful.  Most hikers, including ourselves sent them home as soon as we could.

There are three styles of crampons:

Traction devices:  there are strapped onto your shoe and they have small beads of metal across the sole of your shoe.  They are useful for walking around icy sidewalks but not the trails.

Micro Spikes:  Once on your shoe, these have 12 – 3/8″ steel teeth that bit into ice and hard snow.  These are good for most simple hiking, but not technical climbing.

Crampons:  These monsters are made for boots and they have 10 – 3/4″ to 1″ teeth, some points out straight in front.  This style of crampon is used in technical ice and mountain climbing.

MICROspikes were a truly useful piece of equipment.  We had no problem finding sizes to fit everyone.  While hiking through snow we used them almost every day and sometimes we used them all day.  They work great holding you on top of sun bowls or traversing icy hill sides.  The only time we would not use them was when the snow became too soft.  When that happened, the snow would clog up between the spikes and make them useless.  When the snow was that soft you really did not need them.

We selected Kahtoola MICROspikes over the Yaktrax because the MICROspikes have a hard plastic tube where the metal chain attaches to the rubber.  As of last year the Yaktraxs did not.  I watched a video by someone testing both Kahtoola and Yaktrax micro spikes.  Within 10 minutes, the chain on the Yaktrax had ripped through the rubber.  I did not want to take a chance on a failure like that.  I did bring zip-ties on the chance one of our micro spikes failed.  None did.