It was very nice being in a room and sleeping on a bed, especially in one of the nicer hotels, we still get up at 5:30-6:00. Around 7:00, we went to a cafe for breakfast. We had banana pancakes and French toast. Being well stuffed from breakfast, we returned to our room and finished packing. Papa Raven arranged with the owner to leave our backpacks until early afternoon so we could walk about the town. He also contacted Jan at the hostel about a ride back to the trail. She said she could take us but, due to problems with her truck, she could not go the last 5 miles which are the most rugged and steepest section. We agreed to meet at 1:30. To intake as much calories as possible, we had lunch at a famous local BBQ place (it was recently featured on the Food Network). Next, the kids had ice cream, and stopped by a candy store. Jan, our ride, was sitting there when we got to the hostel so we loaded up and of we went. The kids enjoyed riding in the back of the truck. All to soon we came to the one lane dirt road that would take us back to the pass. We unloaded the truck and put on our packs and we started the dreaded 5 mile, 2,600′ climb to Stony Pass. On the way up, only a few vehicles passed us going up. Two quads stopped to offer us a ride, but we would not fit. Three jeeps went by, but no ride there. We ended up walking the whole way up. It took about two and a half hours.
As we were resting on the CDT after the climb a Pika came across the road and moved up near us. It then ran between Bling’s legs. Next, it came up to his pack and pulled on his hip belt. It ran up to Mama Raven’s leg and pressed is nose to her leg. It did the same thing on Bling’s shoe. Tiring of us it finally left. That was something we had never seen.
The trail from the pass was not very hard, but we did get wet feet from all the runoff. We climbed up into grass covered mountain and rolled along some ridges. Mama Raven called a halt to the days hiking at the base of a climb. We all agreed it was time time to set up camp. It was windy, however the kids had fun pretending their tent was a kite. 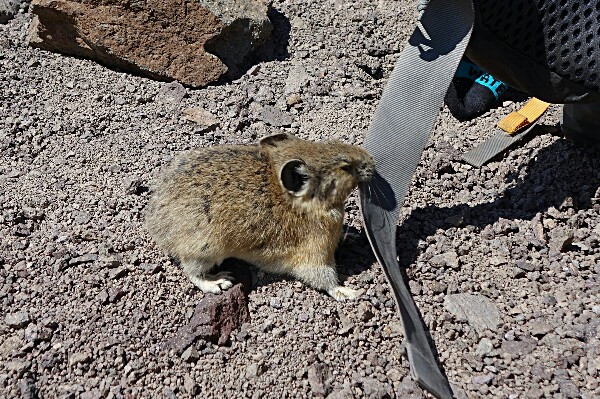 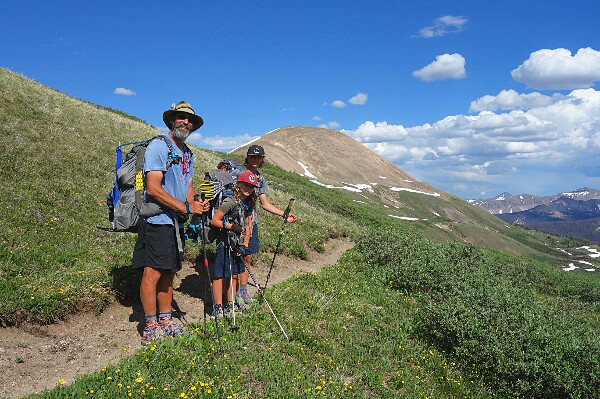 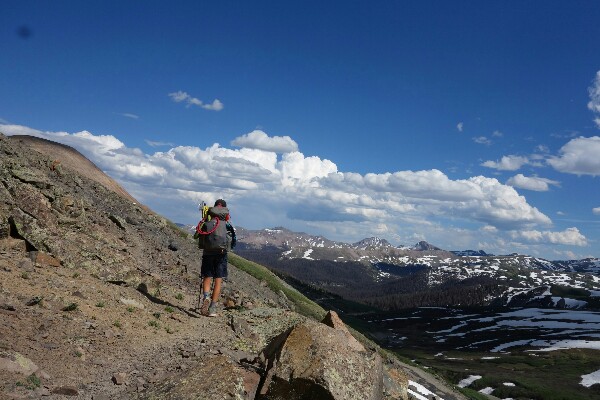 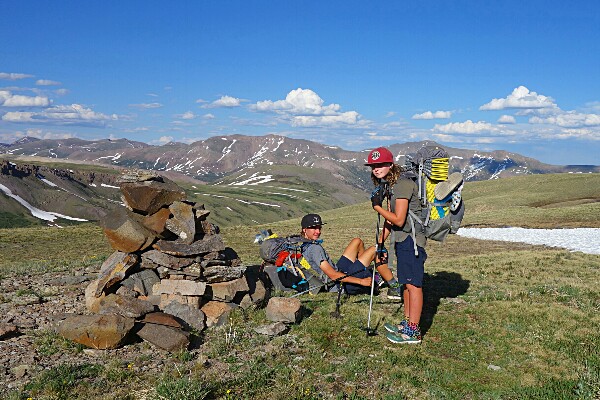 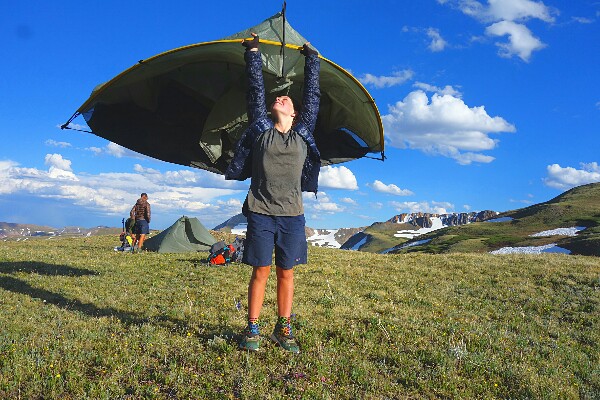 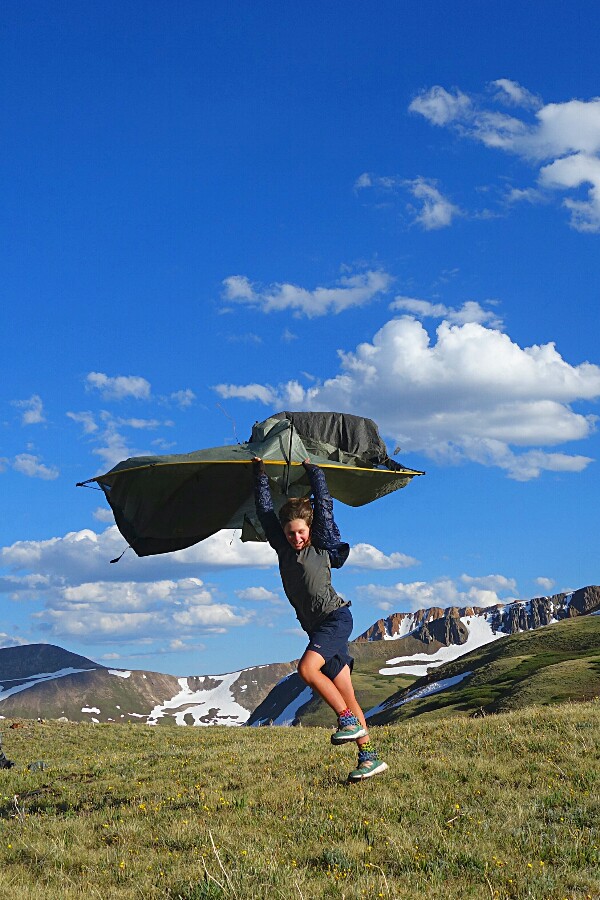 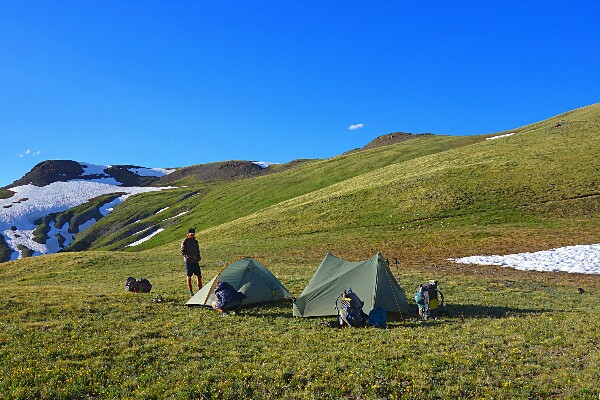